Travelling through time: Egypt in all its glory

I’ve always wanted a time machine. Who wouldn’t, right? To be able to travel back in time to see what the world was like hundreds or even thousands of years ago. What an epic voyage that would be, to rewind and observe history during the times of ancient kings and pharaohs, when giant stone monuments to the gods were built by hand over the span of decades.

Well, I think I just experienced the next best thing.

Egypt has always been on my travel radar. It’s a destination steeped in history and culture that seems to have a magnetic pull for many, but despite my extensive worldwide travels, I’ve never had the chance to go there myself. That finally changed when I was invited by the Royal Canadian Geographical Society to serve as a travel ambassador on a trip to Egypt with Exodus Travels. This would be the very first trip under the new Canadian Geographic Adventures program, which brings readers off the pages of Canadian Geographic and into the field for immersive experiences in amazing places across Canada and around the world. This would also be my first big international trip since the COVID-19 pandemic started in 2020. To say I was itching to get travelling again would be an understatement.

It didn’t take long upon arriving in Cairo to realize the scope and scale of what I was about to experience. Several of us in the group arrived together and as we took our late-night drive from the airport to the hotel in Giza, I started to catch glimpses of the pyramids in the distance, lit up with powerful lights. They were SO much bigger than I had envisioned in my mind. These structures dominated the landscape and immediately I felt my excitement level ratchet up a few notches.

Catching quick glimpses of the pyramids at night was one thing, but seeing them up close the next day was one of those experiences that I will carry with me for a lifetime. Our local guide, Andrew, was extremely knowledgeable about Egyptian history, and despite the group’s collective urge to go rushing up right away, he gathered us together near the base of the pyramids to explain how they were constructed and why. Internally, I was chomping at the bit to get up close, excited to get some photos and actually touch this wonder of the ancient world. I’m glad Andrew did take the time, though, as his descriptions helped to provide all-important context to what we were seeing. This became a routine at all the other sites that we visited across the country and added so much more depth to the experience.

One absolute highlight for me was being able to go inside and crawl around three different pyramids: First, the great pyramid of Cheops, and then two much older pyramids at the nearby Dashur necropolis. I must say, if you’ve ever wanted to feel like you’re starring in an Indiana Jones film, this is the place. I could practically hear John Williams’ epic Raiders of The Lost Ark score playing in the background as I ventured further and further into these massive structures. Crawling on hands and knees at times, the narrow entryways eventually opened into much larger chambers, and it’s overwhelming to think that every single stone was carved and placed by hand thousands of years ago, without the benefit of modern tools and machinery. A word of warning: if you are at all claustrophobic, you might want to rethink going inside.

Our 13-day adventure covered the entire north-south extent of Egypt, from Giza up to the Mediterranean coast of Alexandria, back to Cairo, then aboard an overnight train south to Aswan, roughly following the course of the Nile River. If you’ve ever seen a photo of Egypt taken at night from space, you’d very clearly see a bright ribbon of light that follows the twists and turns of the Nile. The river is the lifeblood of Egypt, and about 95 per cent of the country’s 102 million people live along the banks of the Nile and in the Nile River Delta.

In Aswan, we experienced a bit of Nubian culture (and food!), as well as visiting the stunning temple of Philae with its sprawling main courtyard and temples. which has been an active site from the ancient Egyptians through the Roman times and throughout early Christianity. From Aswan, we took an early-morning road trip to Abu Simbel, where the Temples of Ramses the Great and Nefertari are located. When the Egyptian government needed to build a huge hydroelectric dam on the Nile River, the resulting reservoir, Lake Nasser, would have completely submerged the temples of Abu Simbel. To prevent this, a huge engineering project was undertaken in the 1960s. The entire UNESCO World Heritage Site was painstakingly disassembled, moved, and reassembled in a new location 65 metres higher and 200 metres back from the water to keep it from disappearing beneath the waves. This fact blew my mind. I looked and looked but couldn’t see where the gigantic jigsaw puzzle pieces were taken apart and put back together again.

From Aswan, we took a Nile River cruise downstream (the Nile flows from south to north), stopping at even more amazing historical sites along the way. Our ship, complete with a bar/lounge, pool and amazing food, was our home for three nights and added a well-deserved chance to relax a bit as we glided past the dunes of the Sahara.

No trip to Egypt would be complete without a visit to the Valley of the Kings. Here is where you’ll find a remarkably high concentration of pharaohs’ tombs, all of them quite spectacular. Unfortunately, they’ve all been looted by grave-robbers at one point or another over the millennia — all but one, that is: the tomb of the famous King Tutankhamun. In the grand scheme of history, Tut was a minor king, just a boy, really. However, his burial tomb, tucked away not far from the others, is the only one that has lasted until modern times without being completely sacked by treasure seekers. It’s a small tomb, but the paintings and hieroglyphics that line the walls are outstanding, and while Tut’s gold and other treasures that were buried with him are not inside anymore (they’re on display at the Egyptian Museum in Cairo, and they are spectacular, by the way), his actual mummified body still lies in the tomb, contained in a clear, climate-controlled coffin for all to see. Getting a close look at his well-preserved facial features was equal parts fascinating and chilling and definitely a highlight of the trip for me.

Since time machines only exist in sci-fi movies, we’ll never be able to literally step back through the centuries to see what daily life was like during the time of the pharaohs, but the temples, pyramids, tombs, and artwork left behind give us a real taste of this period of history. The fact that Egyptology exists as a distinct area of study says a lot about the significance of this part of the world. No other period of the ancient world, anywhere, has its own subgenre of archaeology like Egypt does. Countless times I found myself staring in wide-eyed wonder at these marvellous sites, and I can’t wait to go back. I feel like I’ve only scratched the surface.

George Kourounis is an RCGS Explorer In Residence, storm chaser, and TV host. He specializes in extreme places and phenomena and can currently be seen on several programs on The Science Channel. 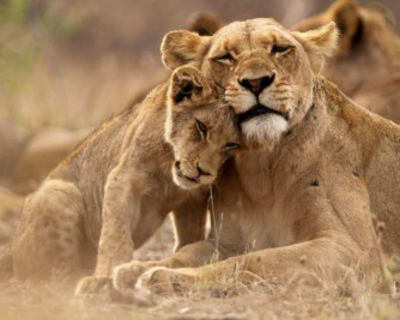 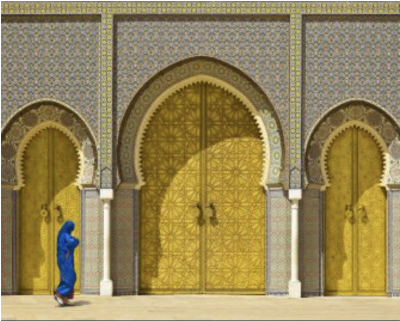 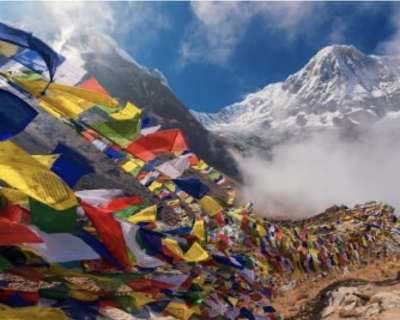 Annapurna and Chitwan in Luxury with Javier Frutos Nepal

How to spend a weekend in Ottawa

As one of the many trips being offered by Maple Leaf Adventures, Vancouver Island’s Wild Side is an excursion for those who love adventure beyond the norm

A three-day guide for where to stay, what to see and things to do in and around the Czech capital city of Prague, including day trips to the Giant Mountains and Bohemian Paradise

Sign up with your email address to get the best stories from cangeotravel.ca delivered straight to your inbox.