Exploring the untamed raw beauty of the Brooks Peninsula. Anchoring alongside remote villages in Haida Gwaii and being invited in to learn and appreciate how life unfolds here. Spotting the unique spirit bear in the Great Bear Rainforest. These experiences and more await when you travel with Maple Leaf Adventures — all onboard your choice of Cascadia, a luxurious catamaran, Maple Leaf, a traditional sailing yacht, or Swell, a classically authentic tugboat. Maple Leaf Adventures, a proudly Canadian leader in the small vessel expedition cruise sector of the Pacific Northwest, is a longtime supporter and partner of the Royal Canadian Geographical Society. Aligned with honouring and celebrating local culture, sustainability, conservation, wildlife, photography and outdoor interests, Maple Leaf Adventures is a pillar of exceptional voyage offerings within the Designated Travel Collection of Canadian Geographic Adventures.

Our 2022 voyages offer special access to the wildlife, landscapes and cultures of coastal British Columbia and Alaska, while providing the excitement of an adventure by ship. 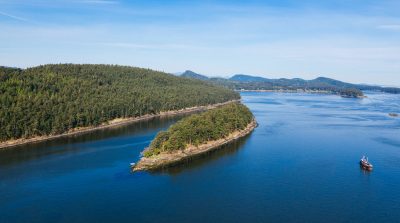 Join us for a profound odyssey through the Salish Sea’s history and natural wonders, in peak wildflower and wildlife season. While this is the place where Canada’s Pacific history began, this trip goes deeper, into to Coast Salish history that’s existed since time immemorial.

On this special trip with Canadian Geographic Adventures, you’ll explore this cross-boundary region that is gaining international attention. On a 5-day expedition cruise, you’ll visit remote, natural and historic islands that are off the ferry routes, that most never get a chance to see. You’ll learn of Canada’s history in the region, as well as the history that’s existed far longer, the Coast Salish history, as well as the diverse natural history.

Here, snow-capped mountains in southern British Columbia and Washington State ring an inland sea, full of intricate waterways among hundreds of warm islands. Upwelling creates food for the denizens of a rich marine world — mammals, seabirds, fish and others.

Your Ambassador will be Jaqueline Windh. Jacqueline is a PhD geologist, best-selling author and photographer, and Fellow of the Royal Canadian Geographical Society. She has a long track record of working on collaborative media projects with coastal First Nations. Her most recent expedition took her kayaking and hiking down the west coast of Vancouver Island, exploring both the wild landscape and the history of the earliest contacts between Spanish sailors and indigenous inhabitants. 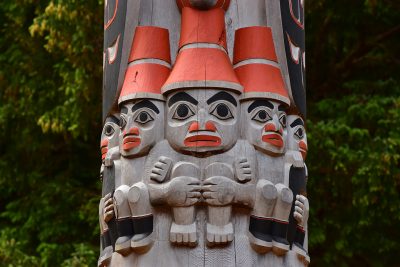 You will be personally guided on your journey by cultural expert Gaajiiaawa-Linda Tollas. The small size of our ships means you’ll have one-on-one time with our other expert guides and Haida resource people. Linda is of the Skedans Raven clan and lives in Skidegate, Haida Gwaii. Having lived most of her life in Haida Gwaii, she’s both a seeker and sharer of her ancestral knowledge, realized through a decade-plus tenure educating on Haida culture as a Cultural Heritage Interpreter with Gwaii Haanas National Park Reserve and Haida Heritage Site. Linda has also guided hikes of the forests and presented evening slide shows to visitors, as well as delivering educational and interactive programs to all schools in Haida Gwaii. 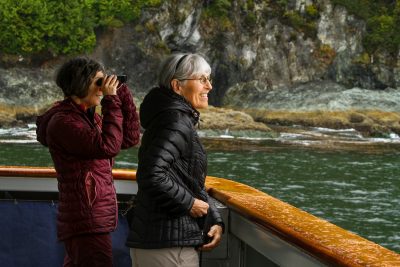 Explore Vancouver Island’s rugged and beautiful north coast with your Ambassador, Royal Canadian Geographical Society Explorer-in-Residence George Kourounis. Go beyond our classic Wild Side itinerary and dive deeper into learning about weather systems and local culture. Highlights of this voyage include the Brooks Peninsula (a glacial refugium), Solander Island (home to puffins), Kyuquot Sound (including sea otters and the village of Kyuquot), lush inlets and sandy beaches, as well as a cruise around the northernmost tip (Cape Sutil) and on the protected eastern coast.

This trip is for those who love to adventure beyond the norm. It explores a mostly un-roaded area. You’ll walk in the rainforest, beachcomb on the sand, boat into wild creeks that empty into the sea, and cruise around the Brooks Peninsula, which juts out almost to the offshore continental shelf. Seven miles off Brooks, the coastal world changes to the oceanic one, and on a fair day we might cruise to the shelf, where the ocean turns from green to blue, and wildlife goes to feed in the upwelling (albatross, puffins, fulmars, dolphins).

This trip takes place in the traditional territories of Kwakwaka’wakw and Nuu-chah-nulth peoples. We’ll explore Indigenous culture and history with our friends from the village of Kyuquot, just a little bit north of Yuquot, or Friendly Cove, where in 1778 Captain Cook became the first European to step onto what is now British Columbia. 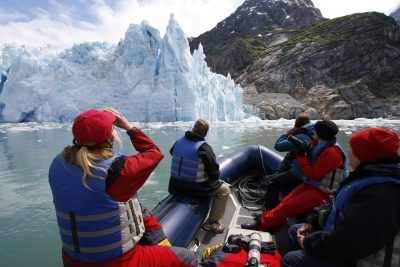 A sweeping exploration of southeast Alaska. Fredrick Sound, Endicott Arm, Warm Springs Bay, and Pack Creek to see humpback whales, a tidal glacier, and brown bears. Travel south into the Etolin Wilderness Area, Myers Chuck, and Ketchikan. On this special trip with Canadian Geographic Adventures, you will explore the same areas as our regular supervoyage itinerary, but with special extra experiences, benefits from Canadian Geographic Adventures, and a VIP resource person, Joe Williams.

Special guest resource person Joe Williams is a Tlingit elder and storyteller who has also been a leader in Alaskan tribal governments. Special experiences available to guests on this trip include one-on-one conversations about Tlingit culture and history, the opportunity for up-close examination of spectacular Tlingit regalia, a workshop on Tlingit moccasins, and a very special private welcome dance by local Tlingit dancers on board the ship. 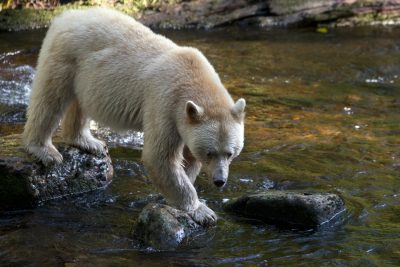 Journey into one of Earth’s greatest wild places. Robert Kennedy Jr. calls it “the last stand of the great North American rainforest.” It is a land of fjords, mountains, rainforests, and great river estuaries. It is home to grizzlies, wolves and the mysterious white Spirit Bear. This special trip with Canadian Geographic Adventures is timed for peak experiences of natural beauty and wildlife. This trip is during the salmon run, when bears and other wildlife are on the coast.

You’ll learn photography techniques via lectures and extensive one-on-one tutoring in the field from your Ambassador, Canadian Geographic Photographer-in-Residence Daisy Gilardini. For more than a decade, Daisy has roamed bear country, from her home province’s Great Bear Rainforest all the way to Alaska and the high Arctic. During this time, she has documented the challenges facing North America’s bears, including black bears, grizzlies, polar bears and of course, our emblematic Spirit Bear.

Related stories from Can Geo Travel 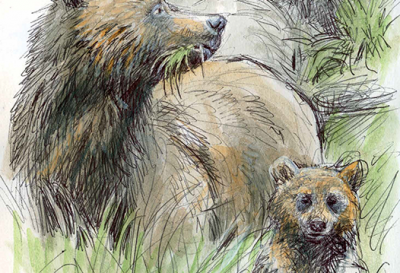 Sketches of the Great Bear Rainforest

Confessions of a Naturalistus ignoramus 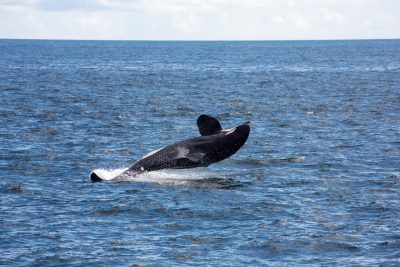 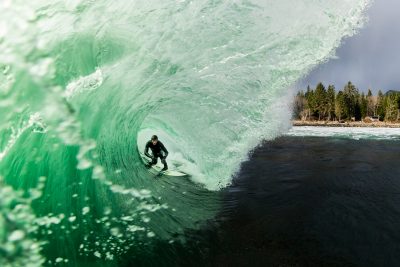 Sign up with your email address to get the best stories from cangeotravel.ca delivered straight to your inbox.